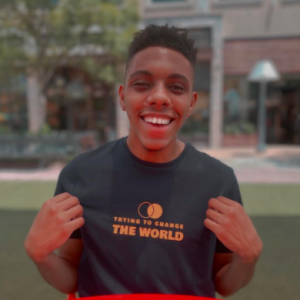 is a Rise Georgia Fellow and a sophomore at Georgia State University majoring in Film and International Studies. He was born and raised in Nashville, Tennessee. He is a young entrepreneur with many different endeavors. One is that he owns a clothing company called PhasesATL; he is also creating a documentary that portrays his activism and many other protesters around the country. Upon graduation he plans on opening up a film studio in New York or California that caters to disenfranchised young creatives.

Today we’re proud to team up with @debtcrisisorg

Join us in congratulating Emma and first-time coll

We're 50 days away from Election Day! Celebrate yo

Frontline workers, big gretch has your back! #mi

📢 #WhenStudentsVote, we elect leaders that figh


Error: API requests are being delayed for this account. New posts will not be retrieved.