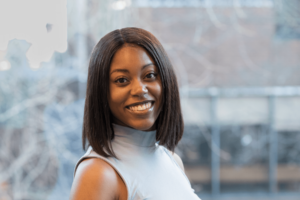 was the East Pennsylvania Deputy Director at Rise. She is a graduate student at the University of Pennsylvania studying Nonprofit Leadership, and a recent graduate of Morgan State University where she studied Political Science. While an undergraduate student at Morgan State, Gianni co-founded the Morgan State Food Resource Center- an organization created to alleviate issues of food insecurity on the university’s campus. In addition to her nonprofit work, she has interned with the Congressional Black Caucus Foundation, the office of Senator Ben Cardin, Michael Best Strategies and Delegate Darryl Barnes of the Maryland General Assembly. Gianni is originally from Maryland and currently resides in Philadelphia.