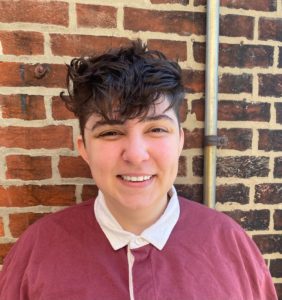 was the Pennsylvania State Director for Rise from January to June 2022. Previous to joining Rise, they worked as a Field Director for a competitive congressional district in Kansas. Dani went to the University of Delaware, studying Public Policy and Environmental Studies. During their time there, they worked with a nonprofit focusing on pedestrian and non-motorized transit accessibility, and were involved with local campaigns and environmental projects. After graduating, they went on to work on various campaigns, including working as the field director for Brett Burman, a progressive Queer candidate running for State Senate in a highly competitive Philadelphia Suburb. Raised in Southeast PA, Dani currently lives in Philadelphia and loves exploring the city.