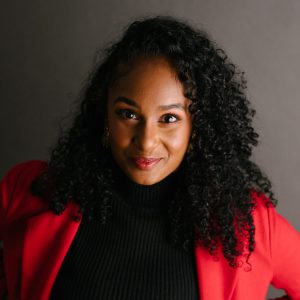 is the National Director of Organizing at Rise. Ambalika is an experienced grassroots organizer, DEI practitioner, and project manager. Driven by her passion for feminism and anti-racism, she takes pride in running impactful and equitable organizing programs. As the National Organizing Director at Rise, her goals are to scale and deepen the organization’s relational organizing program through intentional investment in the skill set of youth leaders. Prior to her role at Rise, she was the Associate Director of Patient Advocacy Programs at Planned Parenthood Federation of America where she managed the organization’s largest volunteer organizing and storytelling program and launched the c3 voter engagement campaign, Shout Your Vote!. Additionally, she is a DEI Consultant with For The Culture and a Texas political consultant. In 2021, she was a part of the DC New Leaders Council program. When she’s not working, Ambalika is hanging out with her dog, Riot, and binge-watching Indian films.